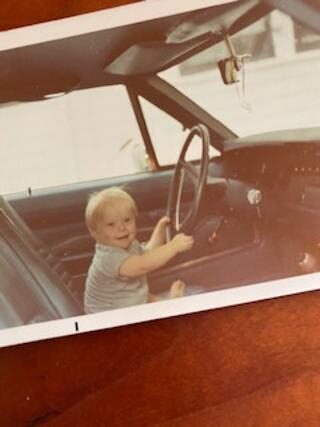 I did not choose this writing thing. It chose me. I can be cleaning my house or putting the kitchen back together after a meal with great plans to finish the tasks at hand. Then that little internal voice turns something on in my head, and I have no choice but to type it out.

It can be exhausting because I really want to make the dishes go from dirty, to clean, to put-away-in-the-cupboard. The kitchen can be calling my name, but it doesn’t matter. I have to get the story out of my head and onto the computer before the words fly off somewhere else.

Sometimes people, especially children, say just a few words to me, and they have given me my next little story. All they did was say something to me. And there it is.

My grandson recently said the words “This has been my biggest Lego regret.” I wrote his words down, so I wouldn’t forget them. I knew someday I would write a story about a Lego regret – whatever that is.

I was on a bike ride recently, and it was a beautiful evening. So beautiful, you could smell the flowers in the wind. The peonies and more were obviously in bloom, and I can’t help but use the word beautiful again to describe the air.

And I thought to myself – When God was finished creating flowers – did He end up with a favorite flower? Does he complement himself on a job well done? He must have been thinking it’s a great way to show off some color. And how did He decide where some flowers would go? He placed poinsettias in the tropics but knew they would be enjoyed by those who live in the north. Why did He decide some would be perennials and others would be annuals?

The next thing I knew, I had pedaled my way home. I wanted to write something that evening, but I didn’t know what. I was putting my bike away when I decided to give myself the assignment of writing about something I know nothing about.

And there was my car parked in the garage. The first thing I saw was my car. The only thing I know about cars is what color they are. That’s about it. And I know how to put gas in a car.

I am finding many black-and-white photos of old cars. I am left wondering whose car it is and why they took a picture of it. Why are there no details written on the back of that photo. Our oldest relatives are now called to task to identify people and things in these old photos.

I would really like to know what color the car was, who it belonged to, and what the story is behind the car. Someone bought that car way back when and there is an undocumented and untold story about it.

One of the first things I found in my parents’ home was the box of Grandma Lula’s letters dated from 1903 to 1918. They were writing about their cars in those letters, and it made me question how long cars have even been around. When were they invented? When did they come up with a driver’s license?

I was going to need a book about cars, so I went to my collection of children’s books and found The Visual Dictionary of Cars.

An interesting yet simple picture book it is. Turns out the earliest road vehicles were powered by a steam engine and were built starting in 1770.

Cars as we know them now were being developed from 1860 to 1890. After the turn of the century, hand-built vehicles made of the finest materials, wood, and stitched upholstery resulted in expensive cars.

Of course we all know Henry Ford came up with the idea of using standardized parts and an assembly line. The Model T became the first mass-produced car which was initially available in a limited range of body styles and colors. Later when the production line was introduced in 1914, Henry Ford was known to say it was available in “any color you like, so long as it’s black.”

Ford cut the production time for a car from several days to about 12 hours, and eventually to minutes, making cars much more affordable. By 1920, half of the cars in the world were Model T Fords.

My Grandpa Kimpel never owned a vehicle, and when I read that, my heart broke just a tiny bit for him. He was born in 1881 and passed away in 1947 at the age of 66.

My guess is he probably wanted to buy a vehicle at some point in his life. When Grandpa’s sons became old enough to become farmhands, they did so by hitchhiking to area country homes in order to earn money. They were given meals as well as room and board for the farm work they did.

So there they were – young teenage boys – just walking down the road with intentions of finding someone to give them a ride to an area farm. I think the raised hand with the thumb in the air may have always been a sign to the driver indicating it would be great if there was an extra seat in the car.

Can you imagine the same thing happening today “Hey Mom, I’m headed out!”

Did Grandma Kimpel worry about her boys or was hitchhiking just an ordinary thing they did back then? When her children returned home, did she ask who picked them up or who brought them home?

It makes me smile to think they lived in a time when it was okay to catch a ride from a neighbor or possibly from someone they didn’t even know. My dad and his siblings used to get together and laugh as they retold stories from their childhood – and even that made the local newspaper.

Dad and his family also traveled by bicycle or horse and buggy. Uncle Lavon stayed with the Hilbert family in the Farmer, Ohio area. He was known to ride his bicycle to school – a five mile journey each day.

Of course, Grandpa watched his sons grow up and become young men who purchased their own vehicles. Grandpa simply lived life like he needed to do. He was the father of a huge family.

I do know if Grandpa would have been as wealthy as he was handsome, he would have owned a very nice car. Oh, what most of us would give to spend a day or two or maybe even a good solid week getting to know our grandfathers.

In my parents’ stash of saved notes, I did learn my dad purchased his first vehicle in the 1930s, but Mom did not write anything about that first car of his. Someone took care of Dad’s car while he was in the service for nearly five years.

From Dad’s notes, we know he saved $1200 in Army wages and purchased his second vehicle when he was home. I’m pretty sure the car he bought on his birthday in September of 1946 was a 1942 black Plymouth. He bought it from Vincent Lehman.

My dad purchased the car 80 years ago. Count them. 80 years. When we purchase a car there would be no need to think someone is going to write about it 80 years in to the future.

But that doesn’t stop me from wondering why they didn’t get all their information straight and photos with their stories, so their daughter doesn’t have to spend time sorting through the little cardboard boxes in search of what car belongs to which person.

Then there was my Grandpa Imm – who did own a vehicle or two in his lifetime. Grandpa Imm was born in 1895. I wonder how old he was when he purchased his first car. What kind of car was it and how much did it cost? Especially important is what color it was. Maybe Mom wrote it down somewhere.

My brother Ed remembers Grandpa Imm drove a 1949 green Chevy, then a black Rambler followed by a white Rambler. I remember the white one. He kept a grey bobble-head dog on the dash.

There you have it: my story about something I know nothing about – which ended up being a story about photos, the color of cars, and the people who drove them.

Don’t do it. This writing thing. I already told you why.