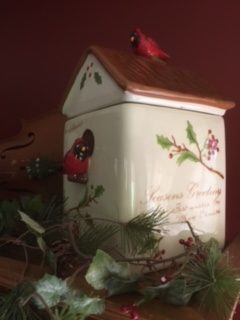 We’ve probably all heard this question – what if you were told you could own only one vehicle that had to last all of your life? How would you take care of it?

Many of us know absolutely everything about that car would be cared for. Oil changes and anything the mechanic says should be done… would get done. On time.

It seems to me many of us aren’t that concerned about how long we live – we just want to live well and take care of ourselves independently while we are here on this earth.

Then the question becomes – how do I achieve health? How do I maintain health? Many of us have had more than a few decades to break down. And it is true most of us have thus far – done everything wrong.

What was once my truth in how to stay healthy is no longer my truth. Food that I thought was healthy suddenly became not so healthy. I would love to go back to the days when bread was good for us, and we didn’t even know what kale was.

Leafy greens? I guess I knew what they were – but not that you can build a great meal with them. And now I know that ‘not knowing’ is part of the breakdown in our health.

If I were to list all of the things I have ‘done wrong’ and have now chosen to change – it would make you cry. I would cry just typing it. I am a girl who is known to grieve too much.

In my gratitude journal – which is a three ring binder full of notes, cards, photos, and just meaningful stuff – is a card from my friend Cassie Baden. Cassie passed away nearly two years ago – on her own birthday.

I had stopped at Cassie’s house on that day, and she had a care package ready for me. She knew I had always wanted to acquire a taste for tea and in her attempt to help me with that – she sent some flavored tea bags home with me in my care package.

I miss Cassie – she was a phone buddy of mine. She really was an encourager, and she had a way with words. And even though her hands were crippled with rheumatoid – she managed to write such beautiful, inspiring words in her cards. She couldn’t physically do a lot – but from her living room she could still pray for others.

She was a great cook, and she taught her granddaughter, who she was raising, how to cook. Her love for reading was evident as she would tell me about the fun she was having with the ladies in her book club as well as what the characters in the books were up to. I learned of many great authors through her stories about the stories she was reading.

In her card – she told me how proud she was of me in that I live my life with passion. She also told me I grieve with passion. She was the first person to point this out to me. Sometimes we hear things said about ourselves, and we really don’t want to know more. Kind of like – what do they mean by that? Do we really want to hear the whole truth – good and bad – about ourselves? About our personalities?

I’ve overheard my husband say that I am a ‘Go big or go home kind of girl.’ I have never asked him to elaborate or to give me an example. I just live with what he says.

But there in Cassie’s handwriting – she told me that I grieve with passion. I thought about that – and it is true – I am really good at grieving. I can do it well.

Cassie’s intentions were for me to put all the negative aside – so all of my positive energy for health could be most beneficial to others.

Funny thing is – when I was a hospice nurse – and families or patients were lamenting something – I had this great way of asking them if they could find something positive about it or if there was a way of turning that old head knowledge around.

A wife of one of my hospice patients once told me that she typically has a terrible time each year during the month of July – it was the month she had lost too many of her family members. And what did she know was about to happen – her husband passed away that July.

We talked about how she might turn the situation around. She decided she was going to celebrate the fact that her loved ones had been a part of her life – and her friends who were still with her – were going to receive flowers from her each year during the month of July.

So when I was thumbing through my care package from Cassie – on the radio came the song “Tell Your Heart to Beat Again” by Danny Gokey. I stopped what I was doing and just listened to the words of that song and then I read the card and note from Cassie.

She had written a message of encouragement to me that ended with “May the joy in your life be multiplied and enjoyed by all who know you! Love and hugs, Cassie”

Cassie was 20 years older than I – and I really did value her opinion and wit. She had a crazy way of knowing when to call and what to say and honestly, what to give to someone.

I had known Cassie for many years – having first met her when she was my home health IV patient. Her granddaughter, Cassidy, was 4 years old and running around in a little red polka dot swim suit. A toad was loose in the house, and Cassidy was chasing it.

Cassie’s husband, who I have always referred to as “Grandpa Baden,” was also present. I remember his hands going up in the air as he described his attempt at trying to organize the chaos in the home – which made Cassie and me laugh.

Years later when my daughters were in college, I signed up to be in the Big Sisters program, and Cassidy became my Little Sister. We were delighted to have been reunited on a formal basis – and it was just the beginning of what would end up being a long-standing family friendship.

Cassidy and I spent many days together, and we became shopping buddies. We often did the “dessert thing” at restaurants.

When I brought Cassidy home from our time together, I often visited with Cassie. I remember she told me her father was a very talented artist but without a steady income. She spoke fondly of her growing-up years and the fun she had with her brothers.

Grandpa Baden told me there were times Cassie’s family truly did not know where their next meal was coming from. Cassie did not talk about the fact that her family was poor, but I do remember she had told me her family lived in a tent and make-shift home in a wooded area one summer during her childhood.

It was just a few months ago when I learned the family had a picture of the tent and wooded area they had lived in. When I saw the photo – I was shocked, but thought to myself – Cassie told me about this.

When we say we cannot imagine what an outdoor kitchen would look like – the photo makes you realize it’s true – we could not have imagined it.

Perhaps having known what it is like to live with very little, yet having been nurtured and loved and cared for by her parents and brothers, made Cassie the woman she was – with a very giving spirit.

She simply thought of others – pretty much all the time – and she instinctively found ways to give. It was as though ‘giving’ was Cassie’s spiritual gift.

It is safe to say she grieved like the rest of us – but was good at accepting life as it was and helping others step forward. She wasn’t born into abundant wealth – so her life was really about what she created and what she overcame that made her oh so beautiful.

Over the years, Cassie saw me through a lot of life’s big events – my daughters’ college days, engagements, showers, weddings, a career change, and stepping in to grand-parenthood.

The Badens were great at remembering me on my birthday – which is a week before Christmas. In my living room is a china cupboard that we refer to as the grandma cupboard. And I was dusting and rearranging the items on top of the cupboard one day on my birthday.

On the top of the cupboard sits an old-fashioned ceramic pitcher and bowl that Grandma Oxender had made. And Grandpa’s violin is beside it. I had decided to rearrange things a bit, and I wanted one more item to fit into the mix. I had actually walked around my house looking for something light-colored and maybe a little taller to move to the grandma cupboard.

And the doorbell rang. Grandpa Baden was standing on our porch with my birthday gift. He and Cassie were out and about that day running errands, and I could see Cassie in the front passenger seat of the car, and she smiled and waved at me.

So I went back to the living room – package in hand – and opened my gift to find a very pretty cookie jar. There was a small red cardinal on the lid, and this cookie jar was just what I was looking for.

It was such an odd little moment in time for me. There I was – searching my house for something that would fit right in. The doorbell rings. And there was the little something I had been looking for. I placed that cookie jar beside Grandpa’s violin – and it has remained there since that day.

I imagine most of Cassie’s friends realize how many things in their life are now built around the kindness she had extended to them. Someone is drinking a favorite tea and remembering her. Someone is getting lost in the pages of a book that had belonged to Cassie. Someone is remembering her laughter as she told a story to them. There are those who are enjoying flowers started from seeds from her perennial garden. And others will treasure her letters and notes with her hand-written words of encouragement meant just for them.

Her little fingerprints of kindness can never be wiped away, and she inspired me in wanting to give in return as much as I had received.

My birthday-gift cookie jar may always be empty of cookies – but my heart is full of gratitude in having been a friend of Cassie’s and for the extraordinary love she showed to me, to her family, and to her wonderful circle of friends.