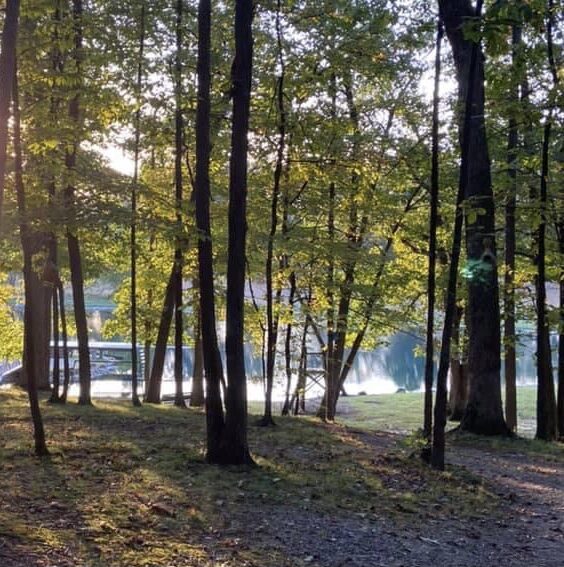 I remember one thing our high school principal, Mr. Snyder, stated on the day of our graduation. He told us it would be the last time all of us would be in the same room together.

Everyone knew it was true. We were walking out those doors to go live life somewhere. Many would be moving out of town soon to do whatever it was they were choosing to do. Never again would we be together.

So there we went – headed out for who knows what.

Then years down the road, we receive an invitation to our high school reunion, and we do the math to see if the numbers are really correct. For the class of ’81, it was 40 years. It just doesn’t seem right. We were 18 when we walked out of that building and now we’re 58.

When you gather at your class reunion, you’re amongst friends who can relate to the things that happened in high school – perhaps with a few more details or a different twist to the story.

One of my best memories from high school is the day Darla Goebel Faber and I were in front of our history class, trying to perform a skit, and we could not stop laughing. We were 17 years old, which is a time in your life when you can memorize your lines. Only apparently I didn’t memorize the first line as well as I should have. I started the skit by saying something backwards.

I can still remember Darla looking at me quite blankly. Darla was playing the part of Mrs. Robert E. Lee, and I was the newscaster interviewing her. She just needed to answer my somewhat backwards question. What happened next was one of those newscaster bloopers, because we could not quit laughing.

You know how it goes. One of the speakers will say most of their line, but their voice will crack at the end and make the next person unable to speak. It really was a fit of laughter that happened to the two of us.

Had we been able to speak as we were supposed to, we would have received an outstanding grade, and no one would have remembered our skit 40 years later. As it stands, everyone remembers it, but we received a C for our efforts. Decades later, we know it was a once in a life-time comic performance, and in our hearts, we still hold our A+.

When the evening of my 40th class reunion rolled around, I asked my brother Steven if he wanted to go to the reunion with me. He couldn’t change into his Bulldog shirt fast enough, so he could head to the party with me.

We didn’t know we were going to be coming back home with a “falling story” – something that easily makes us laugh after it’s determined no one is hurt.

I drove to the place we were meeting for the class reunion – at Gregg Thiel’s family cabin in the country – and parked in the grassy area where everyone else had already parked.

There had been scattered rain showers off and on all day, but we had no fears and headed toward a hill where we could see people at the top. Looked like a campfire was going. Seemed an easy thing to do – just walk to the top of the hill on the obvious little trail we needed to walk on.

Suddenly I realized my little shoes were a bit slippery on the bottom. Suddenly I was trying to get traction where there wasn’t much traction to be had.

I told Steven he should walk on the grass. Just as I am giving directions to him on how we should walk up the hill, I fell forward.

As quickly as I fell forward, Steven fell backwards. He didn’t stop there – he slid back down the hill a few feet. He was on his back and basically facing the opposite direction than you would think. I didn’t see him fall, but I heard his yell which may best be described as a wail.

The men at the top of the hill said they heard enough to know they better go see what was going on.

I was able to get up on my own, but Steven needed a couple of strong arms before he would be back to a standing position. As you can imagine, he was helped with the rest of the walk up the hill. Thankfully, there was running water in the cabin where we washed the mud from ourselves. That’s when the laughter started with Steven.

Had I fallen by myself, I’m positive it would not have been such a funny story, but falling in mud with your little brother who has Down syndrome is a different story.  Steven can find the hilarity in a situation faster than the rest of us.

Thankfully, he was just a bit on the damp side, and his shoes could be cleaned after we got home.

I was the one who picked up some dirt, and I didn’t put a whole lot of effort in to cleaning the knees of my pants. The mud was like a trophy. I knew Steven was going to tell our falling story, and I might as well leave some dirt as proof that we really did show up at the class reunion with mud on ourselves.

I was able to capture some of Steven’s crazy laughter on video later that night when we told our falling story to our brother Don.

When we are children in school, we have 12 years to make memories together. After graduation, a class reunion offers only a few hours to be together again and impresses the realization that time spent with old friends, who have old memories to share, should happen more often.

Steven and I initially viewed our trek up the hill as a simple walk but soon realized it was more of a climb.

How many people show up at their class reunion with mud on themselves? Figuratively speaking, everyone. All of us have something to share about the mud we’ve encountered and the scars we picked up along the way. We know why we sometimes appear a bit tattered and a little torn, but it’s the trials in life that made us the people we are today.

Steven was born with special needs, and I was the sister who was six years older than he. I was the obvious built-in babysitter. Now I realize I had been in training all my life for this moment in time. Mom was instinctively teaching her older children how to take care of her youngest child.

When it came time for the class photo, I told Steven he did not graduate with us. Yet when we were lining ourselves up for the group photos, I turned around to see he had stepped in amongst the guys. He was simply fitting in. Making himself at home.

All of us have a story to tell how life turned out for us, and we know how deep it goes. We know how much mud we’ve stepped in to help others, and we can recall how many times others have stepped in mud for us.

There were times in life we could have chosen an easier path to follow, but we didn’t know. Others can look at us and wonder why we chose that path. We can look back and agree with them, realizing we made things more difficult than they needed to be. We may have simply chosen the path we did because it was there, so we walked on it.

Those 40 years passed ever so quickly, and in another 40 years, Steven and I will be 98 and 92 years old. We will be wiser after all the lessons we have learned, and I’m sure we will know enough to wait around for the golf cart ride.

If Back Yards Could Talk

What’s In a Name?